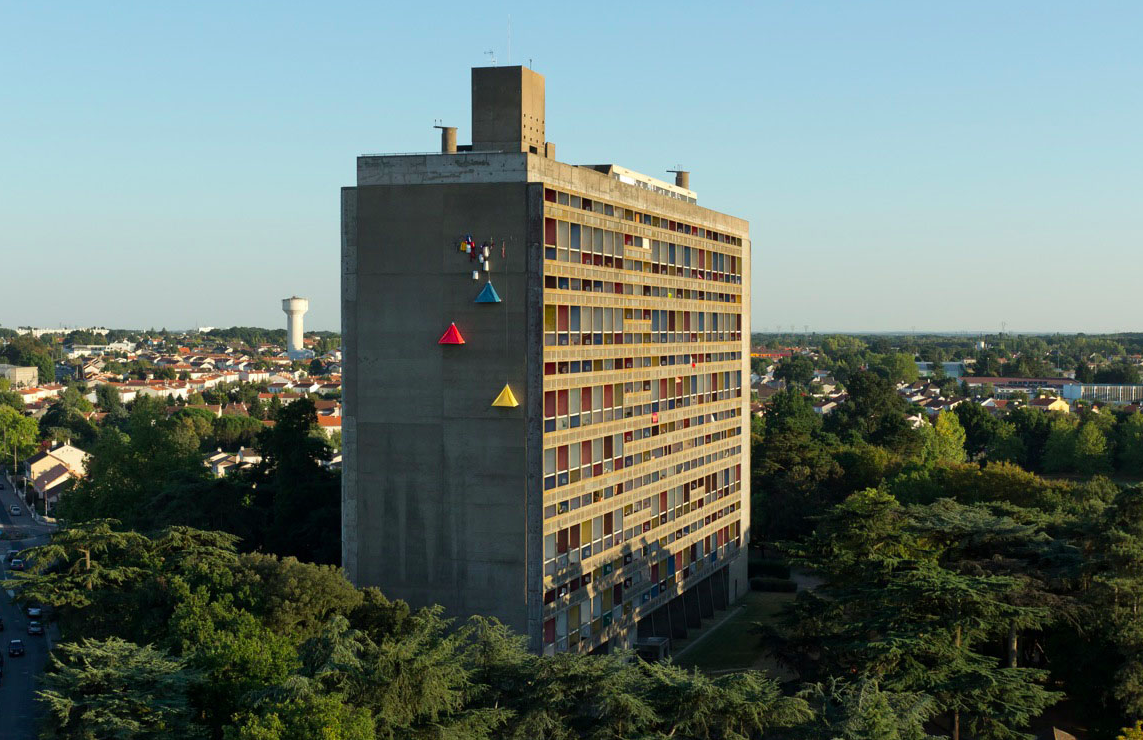 Benoît-Marie Moriceau’s work on places where art appears, and how it appears, is closely linked with the situations within which he works, in a state of recurrent dialogue with architecture and city planning. His works are often the outcome of a state of tension created in outstanding sites such as the forecourt of the City of Paris Museum of Modern Art, violently lit up for the exhibition “Dynasty”1, that old private mansion in the heart of Rennes entirely covered with black paint (Psycho)2, and that small wasteland lot usually not visible to passers-by, revealed by the placement of a huge mirror3 (Belleville Biennale, 2010).

In tandem, the artist regularly works with architects such as Gaston Tolila, with whom he designed his studio, the Mosquito Coast Factory, which was awarded the 2012 Prix du Moniteur for a first architectural work.

So it seems quite natural that his attention should be drawn to the Maison Radieuse in Rezé—south of the greater Nantes area—which was erected just after the Second World War by the person whom many commentators regard as one of the most important architects of all time: Le Corbusier. The building, which presents its impressive silhouette in the midst of a quiet suburban area, is one of the five dwelling units built on the same revolutionary model—the others being Marseille, Firminy, Briey-en-Forêt and Berlin. We all know about the stubbornness of the Swiss architect, modernism’s apologist, when it came to building a housing project based on utopian principles and an uncompromising aesthetic radicalness. The reinforced concrete stronghold has withstood the test of time better than its creator’s dreams of universal harmony; but a very busy associative and community-oriented life still brings life to the building, like the toned down perseverance of an ideal out of reach.

Benoît-Marie Moriceau has not tried to grapple head-on with the concrete behemoth, any more than with the legend of “Le Corbu”: as with the Palais de Tokyo and in Belleville, where he focused more on revealing than on deconstructing, he has here attempted a surface intervention introducing a subtle interplay of contrasts. The modules he has placed on the  construction’s windowless side wall are nothing less than mountaineering tents, technical shelters designed to offer rest to climbers involved in long and perilous ascents of sheer rock faces: the building’s dimension, akin to an urban mountain, thus appears clearly defined, linking up, in passing, with the many picturesque descriptions in the architectural literature, where canyons, needles, pitons and other rock phenomena—all so many metaphors of the natural relief—are widely used to describe the modern city.

The weight of concrete versus the weightlessness of the canvas, mineral solidity versus textile fragility—these contrasts usher in narratives which re-enact the drama of the history of the dwelling. A protective instinct versus a desire for adventure, collectivist modernism versus the ideal of going beyond oneself—Moriceau’s œuvre gives a new lease of life to a somewhat overlooked mythology, confronting it with the passage of time and the individualism of the time, and questioning the fundamentals of architecture whose potential for poetic drift goes well beyond the mere functionalist aspect, but it can also be grasped from afar4 like simple touches of colour on a gigantic canvas. 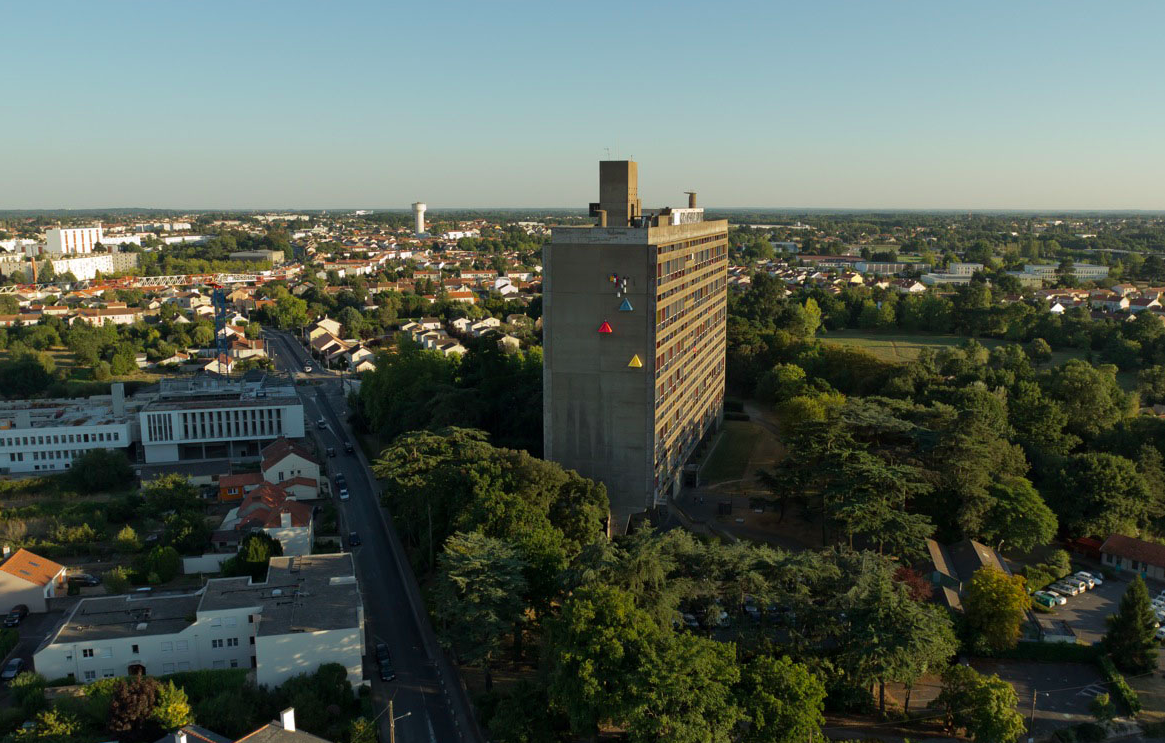 2 Psycho, a 40mcube production, in partnership with the Théâtre National de Bretagne, November 2007.

4 Throughout the work on the Maison Radieuse, there will be lectures by architects and architectural critics in outstanding sites in Nantes and Rezé. These removed viewpoints on Benoît-Marie Moriceau’s work will offer an opportunity to  engage in a dialogue with the artist about the landscape dimension of his œuvre and its relations with city planning.